Imagine my horror returning on home leave after living in Japan this stretch for 7 months straight to discover how much America has slid into fascism. One of the worst culprits is in Florida where I live. The horror to discover Trump is acting as Hitler did and has painted migrants and refugees the new face of the enemy and herding them into concentration camps along the United States border and in Florida.

My husband and I closed one of our SunTrust accounts a few weeks ago and said we’d close more unless it denounced and divested from this shameful profit from suffering at Homestead. Corporate said, NO COMMENT.” So we are closing more accounts! SunTrust merged with BB&C bank to become Truist Bank. It can run but it can’t hide from its crimes! Boycott SunTrust Boycott Truist Bank!

Imagine the horror realizing that my bank SunTrust Bank funds Caliburn International, the parent company of Comprehensive Health Services which runs the for-profit child concentration camp in Homestead, Florida where thousands of unaccompanied children and children who have been forcibly separated from their parents by Trump’s cruel mandate are imprisoned.

SunTrust even had offered to show the prospectus  for the now withdrawn (after public outrage) public stock offering of such a prison! It’s so ghastly it has activates ancestral trauma in me and there’s nothing I can do except act. You can too!

We closed our one of our accounts and moved to an independent bank. We’re closing more accounts because SunTrust Corporate said, “No Comment,” after I contacted a very nervous Brenda Francis at SunTrust listed on the Yahoo Finance page about the prospectus and asked me to send a screen shot of it who had Cynthia Williams of Executive Services at SunTrust Bank contact me (call her at 404-709-3609 and tell her what you think!)

SunTrust is merging with BB&T Bank to become Truist Bank and become the sixth largest bank in America. SunTrust executives get sweet millions earned with child blood money to stay on. Whatever the new name change we will continue to boycott it. 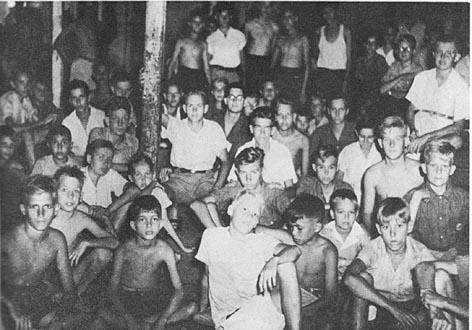 Boys, including my father, at Camp Ambarawa 7 Japanese concentration camp, Java, Dutch East Indies during World War II. Child separation destroys! US committing same atrocities as its former enemies! America failed to learn from history and is doomed to repeat it!

The horrors to realize America is committing the same crime as its World War II enemies by detaining children and separating them from families like the Japanese did to my father as a child on Java, Dutch East Indies in 1942. At age 10 the Japanese took my father to survive alone for two years with other little boys and old men until the end of the war when British Paratroopers  liberated the camps.

Who will liberate these children in 21st century America? Especially since education and activities funds were cut, children can’t even touch each other or siblings. At least in the camp my father said the boys scratched each other’s backs for comfort. 13,000 refugee children are locked up currently in the U.S, many staying for months. 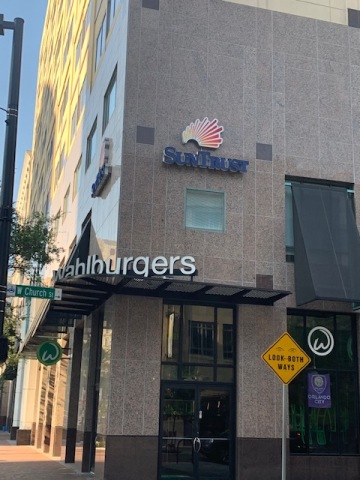 SunTrust Bank downtown Orlando, Florida. We closed one account, we are in the process of closing more! Boycott! Truist Bank SunTrust Bank BOYCOTT!

I repeat. Who will liberate these children? Especially since the U.S. creates the problem in Latin America in the name of capitalism and expanding markets, trying to privatize public services and steal land.  From the recent failed coup in Venezuela to install an unelected puppet president a coup in Honduras and militarizing the area, causing people to flee north. US Trained troops were found guilty of the murder of Environmentalist Berta Caceres. They were trained at Western Hemisphere for Security Cooperation in Fort Benning, Georgia, ironically that was considered to imprison the kids in. Worse. Children now will be send to internment camps used on Japanese-Americans during WWII!

We can’t forget how U.S. trained troops murdered Archbishop Oscar Romero and murdered three nuns and a lay worker in El Salvador in the 1980s. Now El Salvador wants to grant amnesty for its war criminals! You won’t hear about this in the mainstream press.

Protesters across the street from SunTrust in downtown Orlando imploring citizens to Impeach Trump. I will be joining them soon with my sign after I get back from the March June 16 to close Homestead Kid Concentration camp SunTrust, now Truist Bank, funds!

I did a research project for a First Amendment class in college for my journalism degree. I learned how complicit newspapers like the New York Times are in not publishing its reporter Ray Bonner’s reports on atrocities committed by U.S. troops in El Salvador for fear it would undermine then President Ronald Reagan. El Salvador war criminals were hiding  out in Florida until they were finally deported. America protects its own!

For more info about U.S. policy in Latin America that’s being going on for decades, visit School of the Americas watch and get active! Because the migrant problem will not be solved unless the roots of migration are exposed and solved.

Call your Congress people and Representatives and ask them to sponsor the Berta Caceres Act to stop sending military aid to Honduras.  Because really this is genocide, America’s 21st Century Trail of Tears, forcing these people off their lands and into detention centers. It’s pretty sick. 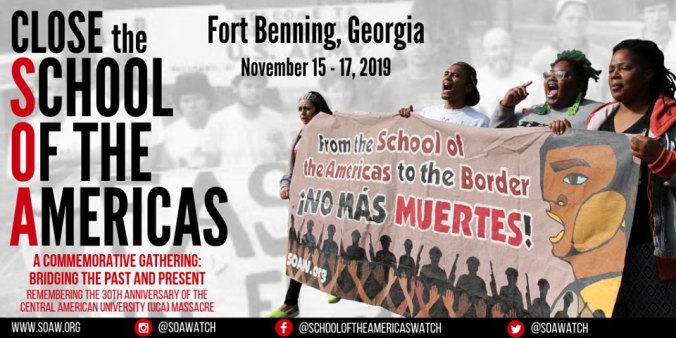 Close The School of the Americas, renamed Western Hemisphere Institute for Security Cooperation (WHINSEC) to hide its crimes in Latin America. Located in Ft. Benning, GA. RESIST! Call your reps!

And the fact that Florida Gov. Ron DeSantis may sign the “show me your papers law” which turns Florida police into ICE agents, making it a crime to harbor refugees and immigrants the way it was to harbor Jews during WWII, effectively turning Florida into Nazi Germany and creating a world of fear, suspicion and lowering the quality of life if not the morality of this nation.

Are my own Hispanic children going to be scooped up by the ICE and forced to show their papers? How about my handyman? Gov. DeSatanist just signed the odious law to ban sanctuary cities in Florida. And he’s supposed to be Catholic! We consult Christ’s words love thy enemy, love thy neighbor as thy self. Obviously DeSatanist never heard of him.

Bank of America and PNC are just as bad as SunTrust and funds the prison industrial complex too. For profit prison stocks have been exploding. The question is, who invests in these? Are they even human? Apparently not. And that’s what this is about. Our humanity. Morality. Ethics. And since America has slipped into the moral abyss, now it’s a global issue. Humans working together to overcome the same racist, imperial forces that have always oppressed them.

How to do it? We do it with compassion. I really feel sorry for my SunTrust bank personal banker. He’s Hispanic himself, as many of the employees are.  I was shocked to find out that SunTrust employees didn’t even know what their employer was doing with the prison. People say, “they need a job,” but then it waters their humanity down. Obviously these people are plagued by horrible suffering within to realize their participation in this crime for a buck and can only cope through denial and shutting down their hearts and minds.

Have compassion for them for history will not be kind to America nor SunTrust, Truist Bank and other bankers. These employees are suffering to be complicit in these crimes against humanity and to contemplate their future. Nazi collaborators were hanged in France. 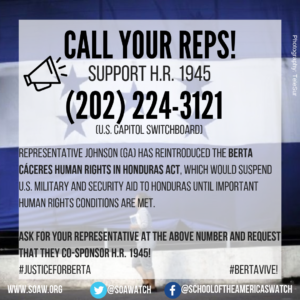 Some people read history, I lived it observing my father suffer terrible psychological damage from his family separation experience during the war. My aunt who is still alive and lives in Long Island said it was harder for him and he couldn’t recover as easily as they could because she and her sister still had their mother.

The psychological damage has been passed down to we children, the terrible sorrow and grief we grew up with and had to endure. My youngest sister took her own life seven years ago. I had depression much of my life, and I’m sure I sounded hysterical when speaking to SunTrust – the trauma in my DNA was activated. I can not be silent. I was compelled to act.

I am attending the March to close Homestead Detention Center this Sunday, June 16. from 2-4:30 pm at 920 Bougainville Boulevard, Homestead FL 33039.  I’m going to bear witnesses to the horrors committed in the name of profit. Witnesses are needed on a daily basis. Silence is complicity. Call your Congresspeople and Representatives ! Get active while you still can! This erodes the quality of life for all Americans.

Resist! A mistrial was declared in the trial against humanitarian Scott Warren for aiding migrants. Humanity still exists and we will triumph over evil once again! With your help and your voice!

My father and two sisters after the war. Family separation caused terrible psychological damage his whole life, and ours.

I return to Japan August 10. The irony I flee fascism in America for Japan, the former enemy. We are going to Java in January to visit Ambarawa 7 where my father was held. To call attention to the failure of America to learn history so it’s doomed to repeat it.

Every child in detention separated from his or her family is my father, every mother is my grandmother looking for her son. When the camps were liberated, The Red Cross was telling people to evacuate to Australia. My father still alone, grabbed the hand of the first man he saw.

He asked, “Where are you going?”

“To Australia,” he said.

“I’m going with you too,” my father said.

When people were shuffling in and out of the camps after liberation, my father stumbled upon his cousins in the dark. They recognized his voice and asked where he was going.

“To Australia,” he said.

“No you’re not,” his cousins said. “You’re coming with us to see if we can find our mothers.”

My grandmother was miraculously reunited with my father at a train station in Yogyakarta, waiting for days and watching every train come in filled with refugees.

I will not rest until every child is reunited with his or her parents. I march in memory of my father, Albert Straub and grandmother and aunts. 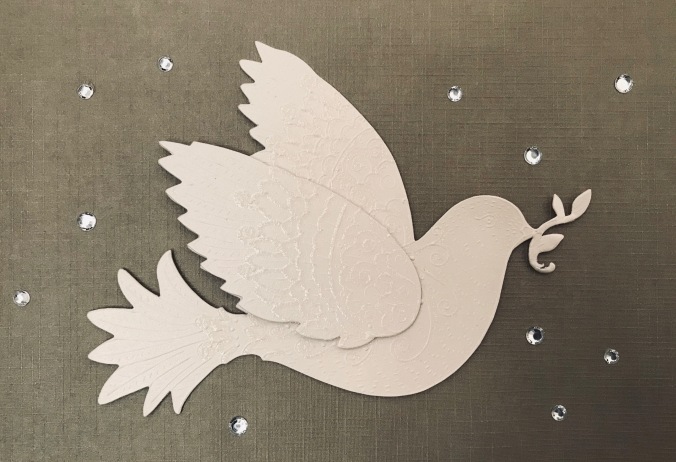 Look how much damage happened in two years since Trump came to power. It worked slowly in Nazi Germany too nearly a decade before the US landed at Normandy for D-Day, too late to save many Jews. That’s because America was big on Nazi industrialism  for a long time (because it was profitable!$$$ ) until it finally acted.

I often wondered how it was possible Americans could be like the Nazis. These movies illustrate how.

The Reader – Kate Winslet as an illiterate Nazi guard learns to read and discovers the horrors and her complicity in the crime of Jewish extermination. Americans are similar uneducated unaware and complicit.

The Boy in the Stripped Pajamas – Germans had concentration camps in their own towns but did nothing even though they could small the burning flesh. Most Americans don’t know about the concentration camp at Homestead, nor do anything. SunTrust’s employees didn’t even know about their own company, and many of them, including our personal banker, are Hispanic! Many of the guards at Homestead are African-American. The tragic irony.

Champagne Safari- industrialists make money from suffering. America loves Hitler till he got out of control. Edward II of England a Nazi profiteer!

It’s up to you to check it out! It’s your Constitutional duty to fight tyranny!