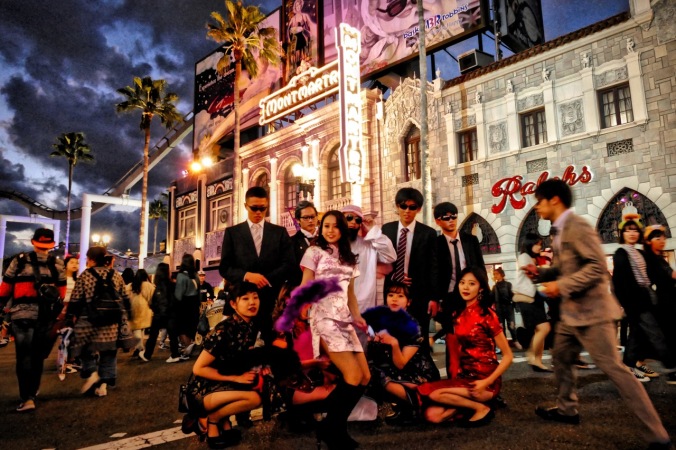 A great night out on the Universal Studios Japan town! Everybody dressing up and having good, clean fun! Photo by Sydney Solis

Halloween in Japan has been growing a lot. This year I noticed far more Jack’o’lanterns and Western style Halloween decorations than last year. As if it were a orchestrated event, as just about every store or restaurant had some kind of Halloween theme or promotion. Fun!

I was excited to take a friend who is visiting me from Colorado to Universal Studios Japan here in Osaka to people watch and take photographs. My hubby was a great tour guide!

It was wonderful good clean fun, as thousands were packed in for special evenings where everyone was costumed.

Japanese like to go in matching pairs and groups, many beautiful and sexy or silly. Also lots of zombies but nothing really gory.

SWAT team and prisoner – the scariest thing Japanese people can come up with! Photo by Sydney Solis

The most frightening costume they could come up with were SWAT outfits and jail uniforms, as the rest are kawaii, or cute.

Costumes were mostly of innocence and happiness, not the gore and violence like in the United States, were costume wearing is not allowed at Universal Studios in Orlando nor Hollywood for caution of violence.

Growing up in Boulder, Colorado, the costumed hoards, known as the Mall Crawl, descended for fun until it spiraled into violence.

I was even punched in the face on the porch of a friend’s house when I was 22 years old in 1990 during Halloween’s Boulder Mall Crawl by a stranger. The Mall Crawl was shut down, and eventually brought back. But violence as a problem remains.

And as Halloween expands, so does the Western style mayhem. In the Shibuya area of Tokyo 13 were arrested for offenses such as groping and theft, while others overturned a car.  Stuff at USJ was innocent and fun, and I especially loved the Japanese culture themes. 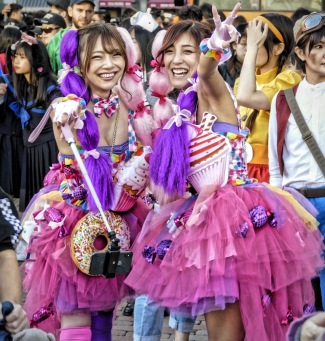 Lots of beautiful ladies dressed up in interesting and colorful costumes! Photo by Sydney Solis

Of course I believe Halloween is important to grieve and acknowledge the dark side of life, the shadow, so that it can be expressed in a ritualistic way and not denied so that it doesn’t explode with violence acted out in reality. But when you get this big of a group together – I say cute is better than killer!

So enjoy this little photo essay. 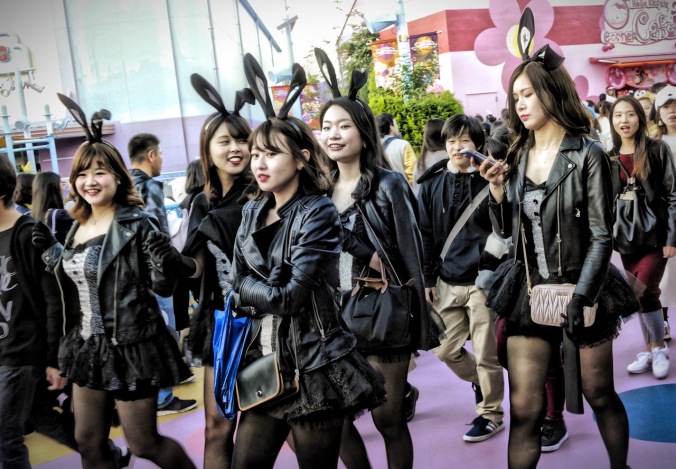 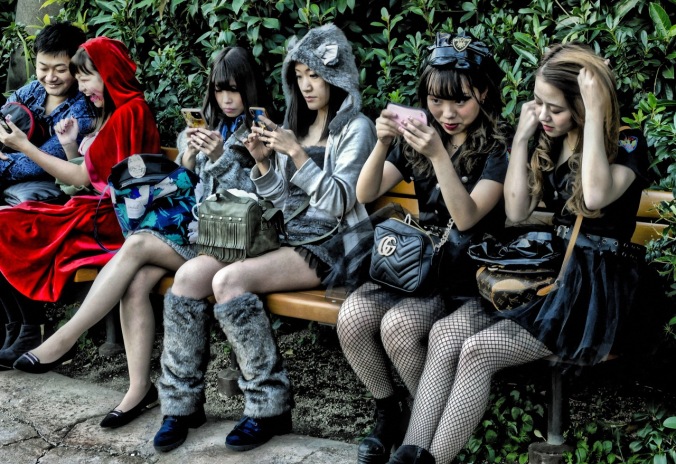 Everybody having fun as a group or in pairs at Universal Studios Japan! Photo by Sydney Solis 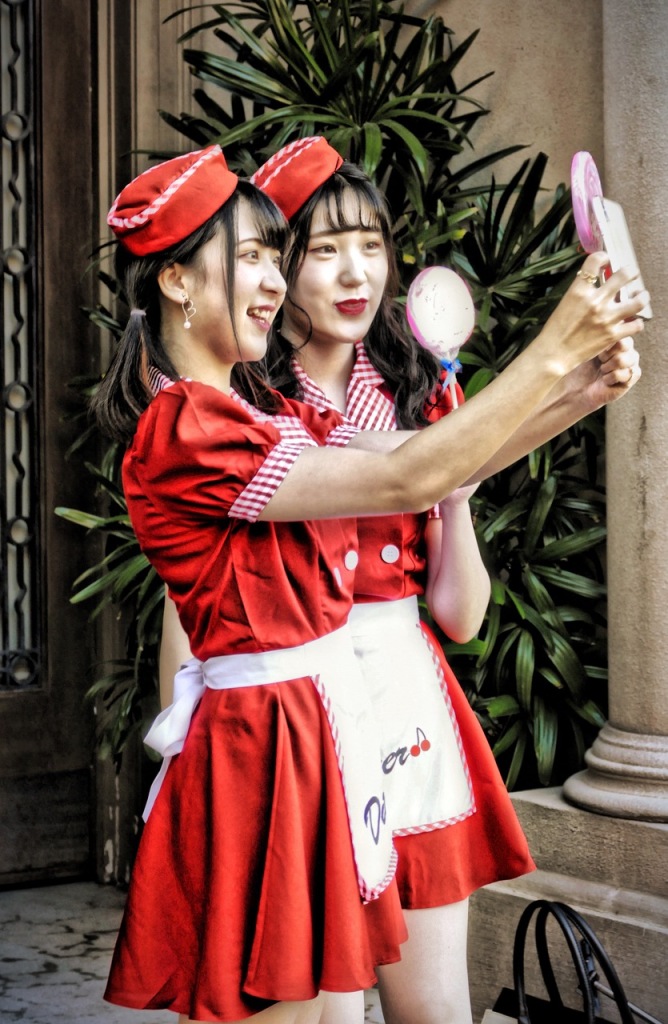 Hard to find a group or pair not taking a selfie! Universal Studios Japan! Photo by Sydney Solis 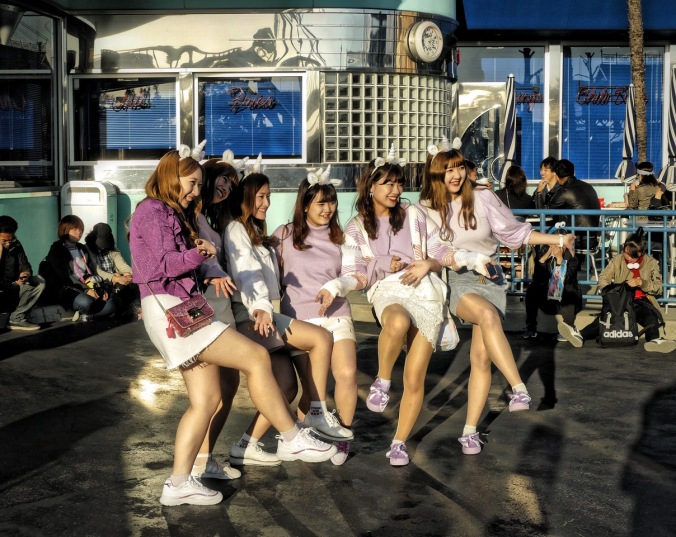 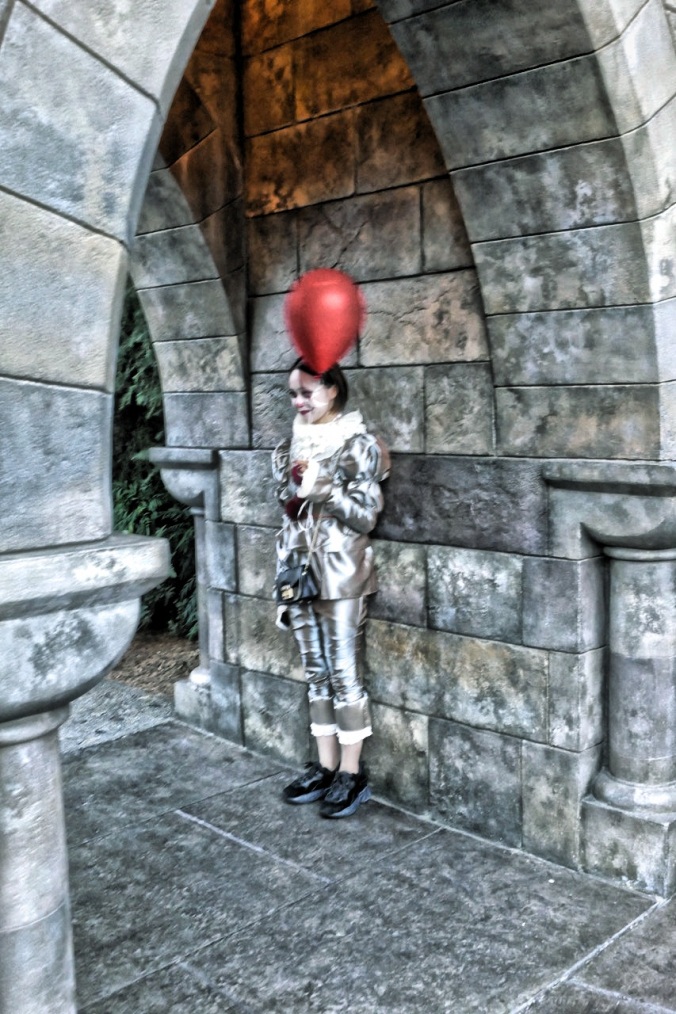