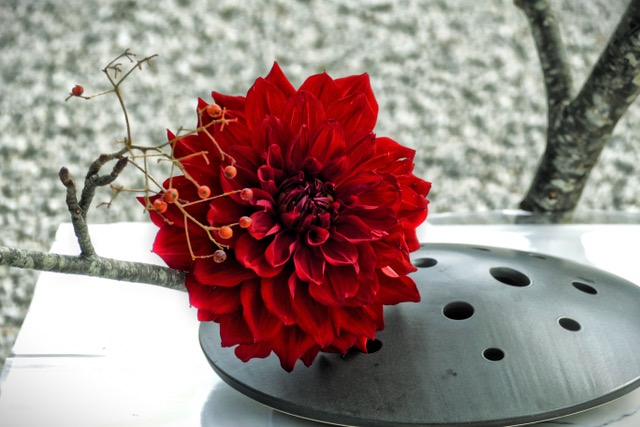 A good friend of mine I met when I lived in St. Croix in the U.S. Virgin Islands introduced me by email to a friend of hers. Joan D. Stamm is the author of the new book, A Pilgrimage in Japan – The 33 Temples of Kannon. It’s a fabulous read for those of us who love the shrines and temples of Japan and the sacred art of pilgrimage. 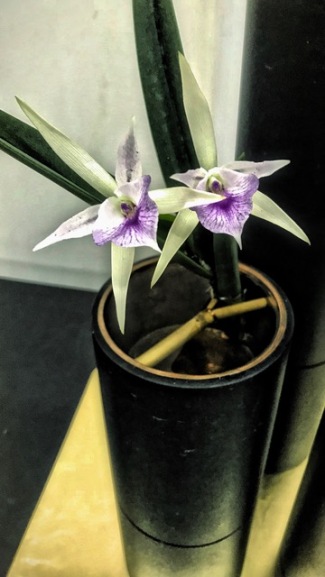 Joan is a Buddhist and also received shihan, formal authorization to teach Ikebana, Japanese flower arranging, from the Saga School of Ikebana headquartered in Kyoto, Japan.

Her award winning book, Heaven and Earth are Flowers: Reflections on Ikebana and Buddhism is also a gem of a read.

I have always loved flowers.  I remember planting four’o’clock seeds outside the front of in my Boulder, Colorado childhood home in an effort to beautify the brutality that went on in its interior.

I regularly planted lilacs, lambs ears, cosmos. Or irises that were given to me by a friend thinned from her house.

They were planted at my home I had with my late husband, which I transferred to another home I restarted in Arvada after he died, which was transferred to a Boulder home again and finally to my father’s house in Boulder before he died last year.

I am also a Florida Master Gardener and relish the time I spent on my Yoga Farm in St. Croix meditating upon the turmeric and banana flowers. 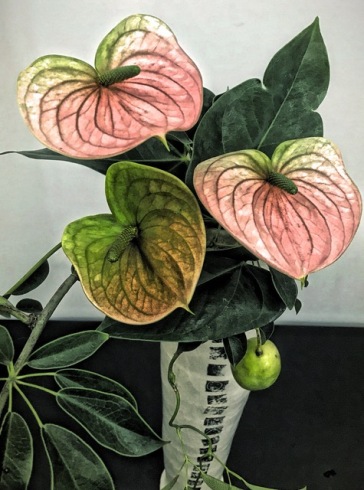 So flowers are my favorite way to the divine. So many of their shapes are perfect mandalas that offer revealing maya – a glimpse into the infinite.

I have been wanting to take Ikebana lessons, which are offered through the Community House and Information Center in Kobe. I’ve been taking Shodo there, instead.

Luckily Joan told me about the Saga Goryu Ikebana Exhibition that was held Oct. 12-14 at the Daikakuji Temple 大覚寺 in the Saga-Arashiyama area of Kyoto.

The original Heart Sutra is revealed to the public every 60 years, and this was the 60th year.

I attended the weekend before a lovely Ikebana exhibit at the Takashimaya Department store in the Namba area of Osaka where I live close to . I love department stores in Japan because it’s not just about commerce, there are community activities that go on there on the 7th floor. Beautiful designs just open your heart and shut down your head!

I then ventured alone the four-hour round trip from my Osaka apartment to the Daikakuji Temple, which is one of the highest ranked temples in Shingon Buddhism.

How I love trains in Japan! Although because of a tourist boom the last leg from Kyoto Station to Saga-Arashiyama is packed.

There was a lovely route to follow through the temple, which included witnessing fabulous Buddhist sculptures and Ikebana.

A monk also rubbed incense in your left palm, and invited you to chant with him as you progressed to the chanting monk where you witnessed Emperor Saga’s original Heart Sutra copy, which was created in the Heian era to end a mysterious plague that was sweeping the area.

I wasn’t able to connect with Joan, unfortunately. But I wandered the lovely grounds that included the Shingyo Pagoda overlooking the Osawa Pond with its spent lotus blooms and great white egrets cleaning themselves on the shore.

A wonderful thing is that at the Osaka Ikebana exhibit, I met a young Japanese man who spoke English and was there to assist his Ikebana teacher father.

My Japanese has gotten good enough I thought to just jump in with a local class and start learning, and improve my Japanese at the same time! My first Ikebana lesson is tomorrow!

Additionally, after this blissful experience at Daikakuji and the peace of witnessing flowers, I received an email from the International Kamishibai Association of Japan, of which I am a member and attended a Kamishibai for Peace seminar in Tokyo last November.

I have used Kamishibai in in my Storytime Yoga for Kids work, never in my life expecting to be in Japan when I created them!

But the email invited me to come to Tokyo for their upcoming seminar again and to give an interview on NHK Japanese television about my family’s WWII experience with Japan and to speak in the name of world peace! Peace, for the children!

I will say no more. The flowers speak for themselves! Enjoy the photos! And may there be peace in your heart and peace on earth! 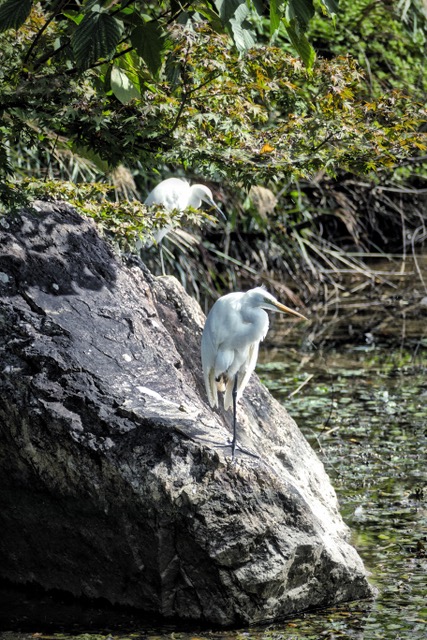 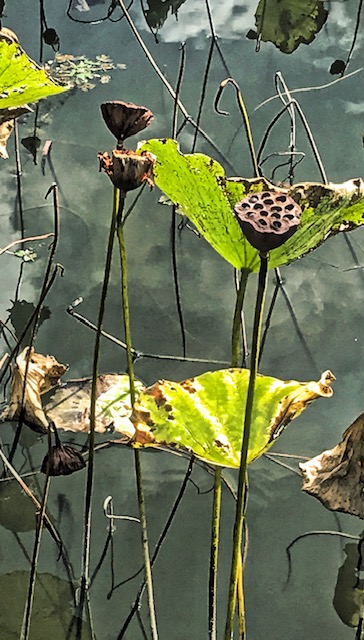 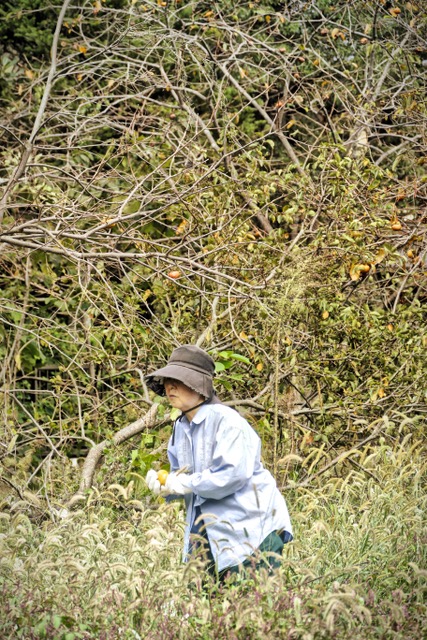 Walking back from the Ikebana exhibit I spotted this woman gleaning persimmons, Arashiyama, Kyoto, Japan. Photo by Sydney Solis