Earthquakes, floods, heatwave and typhoons in Japan. A summer of living dangerously!

Typhoon 21 rocked our Osaka apartment building so hard September 4 that from the 35th floor it was like a boat and difficult to walk at some times. Stuff flew by outside the window, and it was pretty scary at times, my husband said.

I saw on social media the aftermath of Nature Divine’s mess here from Florida where I’m still on home leave, and it broke my heart. Friends reported it was one of the worst events they’ve ever felt, and it did so much damage, including flooding the Kansai Airport as well as damaging the bridge that connects the man-made island the airport is on to the mainland. A tanker broke loose from its moor and slammed into the bridge. Some 8,000 travelers and employees were stranded, putting a dent into Japan’s tourism boom.

It is unnerving, since Japan has certainly suffered a terrible, horrible, no good, very bad summer, I’d say.

It started with the earthquake my whole family felt in Osaka June 18.

That really scared me and I had dreams for months about earthquakes, shouting in my dreams, just as I did when the real one hit, “Earthquake! Get under the table! Cover your head!’

That big jolt was followed by more torrential rains and record flooding, then followed by a horrible heat wave that killed a lot of people and sent thousands to the hospital and made me not want to leave my apartment.

Despite attempts to stay in Japan this summer, in the end I decided it wasn’t smart to travel around Japan alone after all the craziness that happened up to July 26 when I left. I decided needed to go home for a while, as much as I adore and love Japan. It’s been a great break. I was looking forward to going home to Osaka.

But Mother Nature wasn’t done with Japan, because with the aftermath of the storm,  a powerful 6.7 earthquake struck Hokkaido Thursday two days after the typhoon and caused massive damage.

Certainly over the past month, huge swarms of earthquakes have been striking all around the ring of fire, such as 69 earthquakes in 48 hours on August 20.

Sixteen tremors above magnitude 4.5 shook the Pacific ‘Ring of Fire’ that Monday, following a cluster of 53 quakes that hit the geological zone on Sunday.

Even Yellowstone volcano was rattled by more than 100 deep earthquakes in August, Yellowstone National Park officials revealed. And this is after volcanos have been going off around the ring of fire too! But that’s another story.

Of course this is having a terrible effect on Japan’s tourism boom. It’s still cleaning up from this summer. Already headlines are already running with  Is it safe to Travel to Japan? Additionally, growth of inbound visitors showed an abrupt slowdown in July. 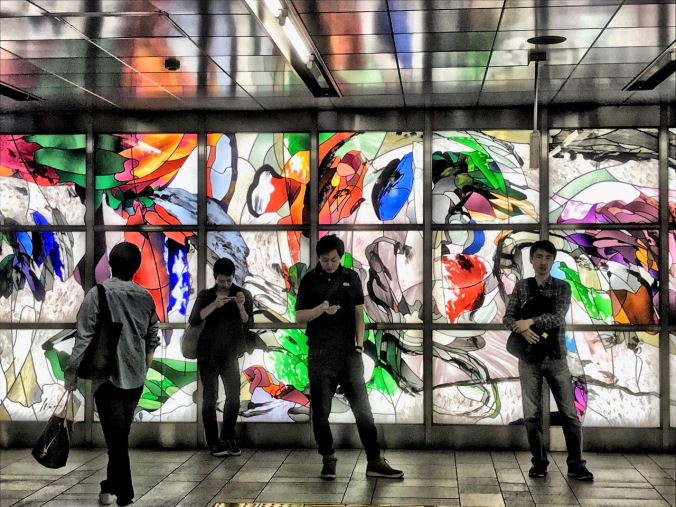 And maybe even its expats….don’t want to leave my poor children orphans!!!!! But of course the big one is supposed to hit Los Angeles too, which had a few small earthquakes recently, including a 5.7 August 6. Where my daughter wants to head to after graduation to become an actress and my older sister lives! Fate and destiny. We just keep moving right along doing the best we can. 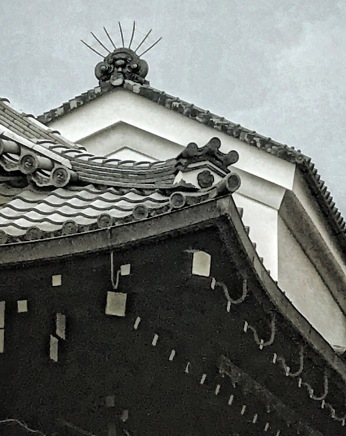 But as my Vedic Astrologer was telling me about the big one likely hitting Japan, common sense says might want to get out! I will just take it one day at a time. Practice that yogic breathing and mindfulness. It can do wonders! Usually! Gulp!

He wants to have emergency services available in English for foreigners.  Which is good, because during the June earthquake info was all in Japanese, and an emergency test a few months earlier was in Japanese and I nearly freaked out when the warning blast came over my cell phone.

So! I had been booked to fly back to Osaka this Thursday September 13, but latest news is that although domestic flights have resumed at the suburban Osaka airport, international flights won’t resume for at least a week. So I may be staying in Florida a bit longer than planned. I can imagine the chaos of rescheduling thousands of flights to Osaka.

The Japanese are tenacious, amazing people. They will get through, and so will I! And of course, you never know, maybe all this is the best thing that could happen to Japan. Maybe it’s protection. Protection of the culture. You can’t judge, as tourism is changing Japan in not the best ways.

Such as its food. Walking and eating is not done, and as far as I”m concerned considered, mindless in Japan, but now encouraged for tourism.

Much like what’s going on in other countries, “Once a mecca for cooks and foodies the stallholders are caving in to the force majeure of tourism, with fresh fish, meat and vegetables giving way to juice bars and assorted takeaways”.

Additionally I  see tourism changing the face of  Japan, especially in our Shinmachi neighborhood. I’ve watched it over the year transform from a local spot to see numerous gyms, spas and coffee shops, vegan restaurants open up that cater to the rich or tourists rather than locals’ services.

Such as is happening in Europe, the Disney-fication of culture.  Whereas a local resident might need a cobbler, the tourist wants a snack. With the rise of tourism, craftsman establishments are being transformed into fast food outlets — and the neighbor with worn-out shoes ultimately loses out.

Japan is no exception. I can imagine this tourism will all effect my chiropractor, Ueda-san who lost his store sign and numerous plants to his shop on our street.

A stationary store next door has already closed and something else moving in when I left. Ueda-san said the damage was a lot of downed trees too.

Perhaps Mother Nature is conspiring to keep him in the neighborhood.

Who knows how it will all shake out. Stay tuned!

And another typhoon threatening Guam!